Following a crazy Wild Card weekend, we are right back at with the matchups for the Divisional Round!

The Jaguars came out on top after what was a very sloppy game against the Bills. After scoring 10 points, the Jags are going to have a difficult time taking on a stout Steelers defense. The only chance the Jags have is setting up the running game early, leaning on rookie RB Leonard Fournette. That was the advantage Jacksonville had when they took on Pittsburgh earlier in the season when they defeated them handily. That being said Pittsburgh has an easy road to the Conference Championship.

If you thought the previous matchup was lopsided, you haven’t seen anything yet. The Titans stunned the Chiefs on Wild Card Weekend after defeating them 22-21 in a game where the Chiefs didn’t score a second-half point. The Titans won’t be so lucky this week when they take on the behemoth that is the New England Patriots. Marcus Mariota can throw all the touchdowns to himself and it still won’t be enough. 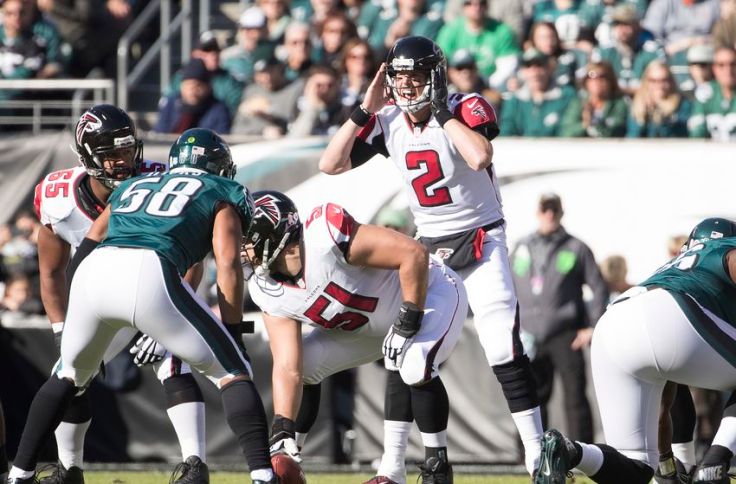 This is a game that if announced midway through the season would have been seen as a lopsided victory in the Eagles favor. Things change quickly in the NFL. The Falcons took out a potent Rams offense last week without breaking much of a sweat and I believe that happens again this week. Without Carson Wentz the Eagles have very little shot against the Falcons.

Now to the matchup of the weekend. The high powered Saints take on the upstart Minnesota Vikings. The Saints have leaned on their running game all season but Drew Brees put on a display next week against the Panthers and if the Saints want any chance of winning they’ll need him to show up again. With that said I think The Saints are going to upset the Vikings and Case Keenum and smash any chances of that much talked about home Super Bowl for Minnesota.

What are your thoughts on Divisional Weekend? Let us know in the comments below! –Jackson Hayes