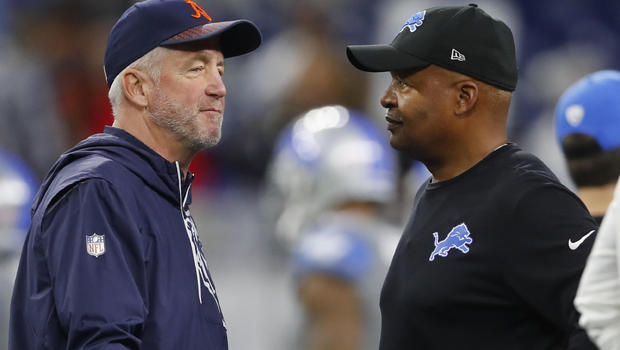 The end of the NFL season is always exciting. Playoffs are on the horizon and fanbases of the 12 lucky teams that punched their ticket are ready for their team to make a run at a title. On the other end, for the 20 teams that didn’t make it, there are decisions to be made. Most importantly with coaching staffs.

Black Monday, the Monday following the last Sunday of the season, has become an unfortunate necessity in the NFL. Staffs are let go following disappointing seasons, so let’s break down who’s been let go this week.

The first coach to be let go was Giants coach Ben McAdoo who was fired in Week 13 following a 2-10 start and reports of a dysfunctional locker room. He ended his run with the Giants with a 13-15 record. Defensive coordinator Steve Spagnuolo took over for McAdoo and finished with a 1-3 record.

Sunday night came the news that Colts coach Chuck Pagano was being relieved of his coaching duties following a 4-12 season. Pagano finished his run with the Colts with a 53-43 record.

Monday began with the news that Bears coach John Fox had been fired. Fox finished his Bears career with a 14-34 record.

Next was Lions coach Jim Caldwell. Although finishing the season with a 9-7 record, the season was seen as a disappointment due to the team missing the postseason.

Finally, Oakland Raiders coach Jack Del Rio was let go following a disappointing season. The Raiders are said to be courting former coach Jon Gruden which may have played a major part in the decision to fire Del Rio.

Another coach to leave his team was Cardinals coach Bruce Arians, who made the decision to retire following an 8-8 season. Arians finished his Cardinals career as the winningest coach in franchise history with 49 wins.

The Cardinals official Twitter account posted a video of an emotional Arians informing his team he was tiring. Check it out below:

"It's been my pleasure to be your head coach."@BruceArians shared this message with the team after the game last night. #BeRedSeeRed #ThanksBA pic.twitter.com/eGLT7E1vRW

Are you surprised at any of these coaching moves? Let us know in the comments below! –Jackson Hayes